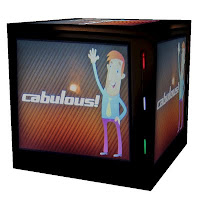 Cabulous is an App that allows direct communication between a cab driver and a cab user via an iPhone or a Droid. Taxi Magic, which works exclusively with Luxor Cab, and the infamous Ubercab offer similar services.

As such, they are in direct competition with each other: Cabulous and Taxi Magic, legally, and Uber, to the extent that it goes after taxi business, illegally.

Open Taxi Access (OTA) is a system or a network that potentially can graphically represent all available taxis in San Francisco on a map of the city. This map would show the approximate locations of all the cabs.

Taxi Magic and Cabulous (but not Uber) could be linked in this network so that, although they would still be in competition, they would also compliment each other. If, say, a customer used Taxi Magic, he or she would be unable to also use Cabulous to hail a cab. The problem of customer contacting multiple taxi companies could disappear.

Thus the cab driver's nightmare of spending five minutes riding to an order only to see the customer driving away in another taxi would be greatly reduced by OTA.

In addition, the customer living at 36th and Santiago would no longer feel the need to contact multiple companies when he or she could look at the map of the city and simply choose the closest taxi.

Thus the customer's fears of never getting a taxi might gradually wither away.

Next: Cabulous and OTA in more detail.
Posted by Crocker Amazon at 9:22 PM