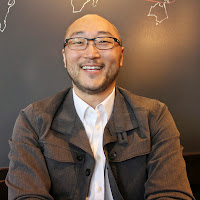 The main complaint is the "uneven manner" in which the CPUC is regulating "e-hail taxi companies (i.e. Uber, Lyft & Sidecar). "The CPUC," the complaint asserts, "in-behind-the-door negotiations allowed these services to obtain a state license that they have since used to circumvent all established municipal taxi rules"

"Flywheel Taxi’s suit seeks injunctive and declaratory relief against the CPUC for the CPUC’s assertion of jurisdiction over e-hail taxi companies, which has prevented municipal agencies from applying the same rules to e-hail taxi companies that are applied to traditional taxi companies, resulting in an unfair two-tier system of regulation that has created an unlevel playing field for on-demand transportation companies."

“Calling these new taxi services ‘ride-sharing’ is the height of irony. It’s a type of Orwellian doublespeak intended to make people feel good about them. I mean, who is against sharing? But there isn’t any sharing going on. These are venture capital backed commercial businesses trying to skirt regulatory requirements. This lawsuit is intended to make sure everyone gets to compete while playing by the same rules.”

In a telephone interview, Kim clarified this by saying,

"Taxicabs are being treated unfairly in terms of rules that we have to follow compared to the e-hail taxi companies ... regulators either have to treat us equally under the law – where we all are regulated similarly – or, if they want to deregulate the industry, then they have to deregulate all of us."

Flywheel is not suing for money but rather a change in laws.

"All we're asking for," Kim says, "is to be able to compete on an even playing field. ... If we have that I know we can succeed. ... I'm not afraid of technology or new services or competition – I'm all for it. This is about making sure that they have the same costs and provide the same insurance and standards of safety that we do. Even a company like ours that is incredibly innovative and progressive is not going to thrive in an environment where the competition is allowed to endanger the public with cut rate insurance, 3rd rate background checks, phantom vehicle maintenance and zero driver training."

Regulate all or regulate none," Kim concluded, "but don't regulate some."

For a list of regulatory differences between e-hail taxis and real taxicabs, and a copy of the suit – click below.