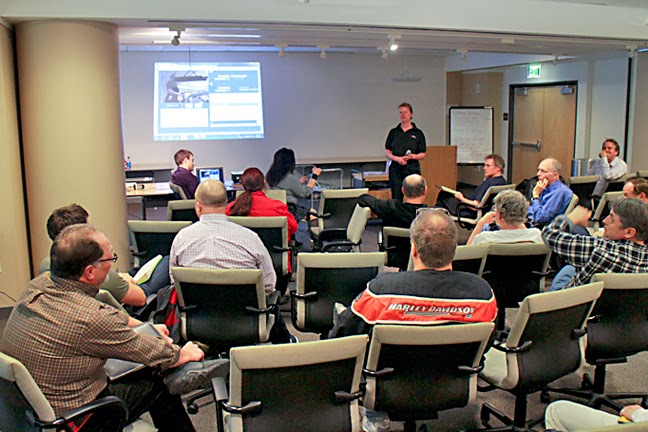 The first Town Hall Meeting to be available online was held last Tuesday, January 28, 2014. I took in the meeting live myself but the broadcast apparently went off well except for intermittent problems with the sound. Director Christiane Hayashi thought that this was probably to due the fact that they were forced to use Wi-fi instead of being hard wired. Hayashi implied that the problems would be solved by the next meeting.


The main subject, at least for me, was Electronic Taxi Access (ETA). But before going into this I want do a brief summary of what ETA is supposed to accomplish. The proposal actually consists of two parts: One - to create a database with which to help Taxi and Accessible Services manage and regulate the cab business; Two - to offer an interface where all electronically dispatched orders can be accessed by all interested cab drivers.

The database is being created by Frias Transportation Infrastructure (FTI) using their RideIntegrity software. The information provided is intended to help regulators answer such questions as:


Taxi Services staff had been asking the companies to provide them with the above information for awhile but, finding said companies to be less then forthcoming, they authorized FTI to install an on board device (OBD) to automatically collect the data. This lead to caterwauling on the part of various company managers who said that they could provide the data themselves. Director Hayashi said "fine" and gave them a February 1, 2014 deadline in order to prevent the OBD from being put into service.

At the Town Hall meeting, the date appeared to be pushed back to March 1, 2014 but much of the data is already being provided and Hayashi intends to have the system up and running by April 1, 2014.

One fear held by both company managers and drivers was that FTI might sell the data to third parties ala Facebook or Safeway. But Hayashi says that the information will be owned by the SFMTA not FTI and will not be sold.

I confess that I'm still a little confused about how this will work so I won't post on it until I research the ETA plan more thoroughly.

Seattle City Council plans to limit the number of TNC's and insist on proper insurance of the vehicles.

In the meantime, it looks like good news from Seattle on the faux taxi front. The Seattle City Council will vote on a plan to limit the number of TNC's to 300 and the number of hours a person can drive per week to 16.

"The proposed pilot program would force TNCs to cover drivers with excess liability coverage as soon as drivers are live on the company’s smartphone app. That would help prevent some of the liability confusion that has followed accidents such as the one in San Francisco, which killed 6-year-old Sofia Liu and injured her mother and 5-year-old brother."

The fact that the California Public Utilities Commission has allowed the TNC's to have insurance that does NOT cover the drivers in this situation is unconscionable and abhorrent.

Let's hope that venture capital doesn't buy the Seattle City Council like it has the CPUC.