Three Cheers for the SFCDA & Keep Those Photos Coming 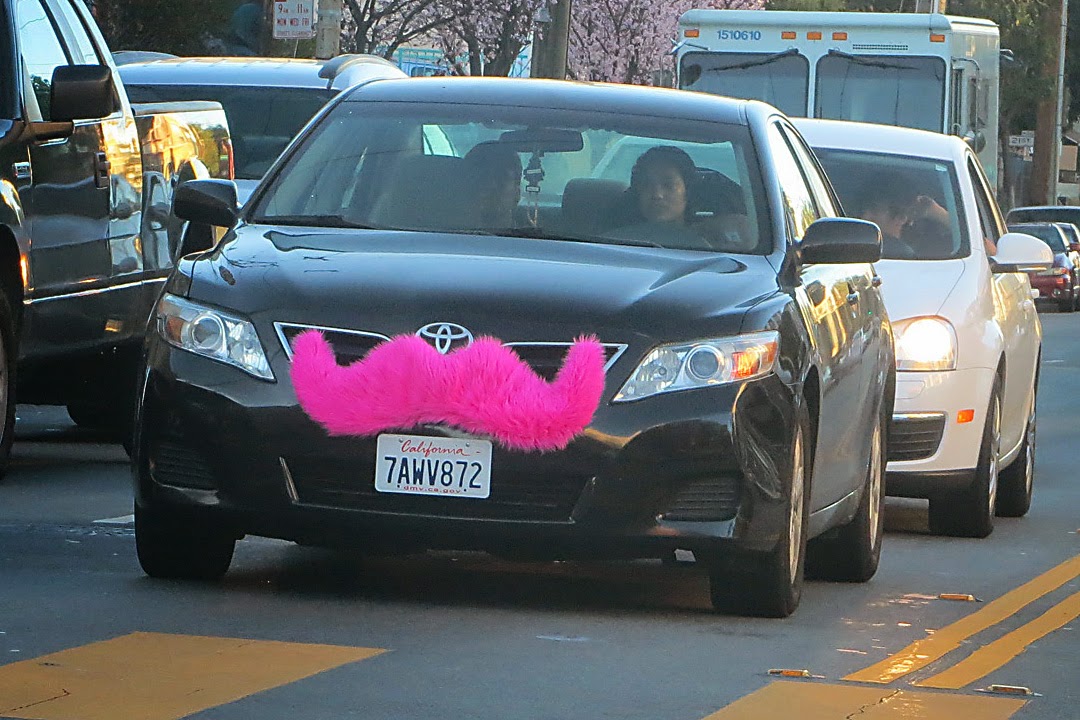 The photos the drivers have been sending to the San Francisco Cab Drivers Association (SFCDA) are being used by insurance companies to warn drivers that they are not insured if they are driving for Lyft, Uber or the rest.

The photos are also being used as evidence in a suit filed by the Taxi Paratransit Association of California (TPAC)  against the California Public Utilities Commission's (CPUC) violation of the California Environmental Protection Act (CEQA).

"This data base has been an invaluable tool in our efforts to demonstrate the number of these vehicles and the negative impact that they've had on the environment."

Unfortunately, many drivers have recently eased off in sending in the photos. I confess to being the worst. I mean, it's a pain in the ass to keep the camera always ready to shoot whenever these miscreants turn up ... and they turn up endlessly. Cab driving is exhausting anyway. But there are more and more "S.H.I.T.S."(Smartphone Hailable Illegal Taxi Services) out there. There are an estimated five or six thousand active "tncs" woking every weekend and we need to document that fact.

The photos also help environmentalists understand that rather than taking cars off the road they are actually creating congestion and greenhouse gases.

So please keep the photos coming. For those of you who are new at shooting evil, contact Trevor Johnson at trevor@sfcda.org to find out how to upload the photos properly.

The important thing is to capture both the license plate and the symbol in the same shot – be it the pink mustache, the Uber U, the Sidecar sock or whatever.

I think it's past time to give the SFCDA the credit that they deserve. In my 30 years in the cab business I've belonged to or dealt with several cab driver organizations and the SFDCA has been by far the most effective and the most persistent of them all. They've fought for the cab drivers at the SFMTA, at the CPUC and now at the State Legislature.

So I want to give special thanks to Barry Korengold, Trevor Johnson, Jeffery Rosen, Francoise Spiegleman, Jam Khajvandi, the late Tori Lansdown and the rest for all the work they've done over the years without getting paid for it.

Three cheers! If we're still in the game we owe it to you guys. 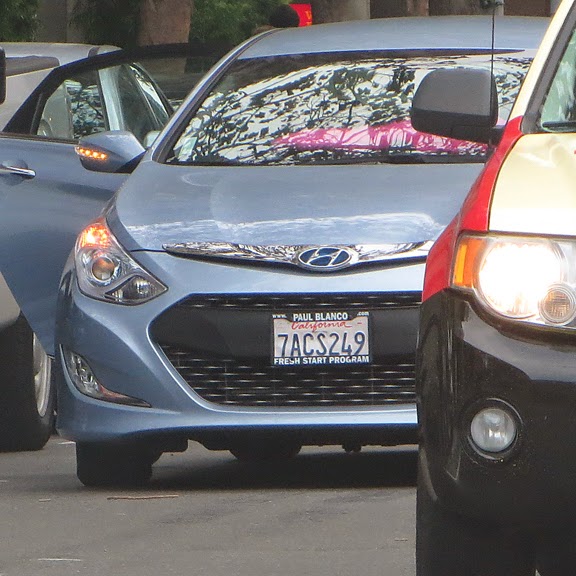 Uber's Phony Surcharges or the Trickery of Travis 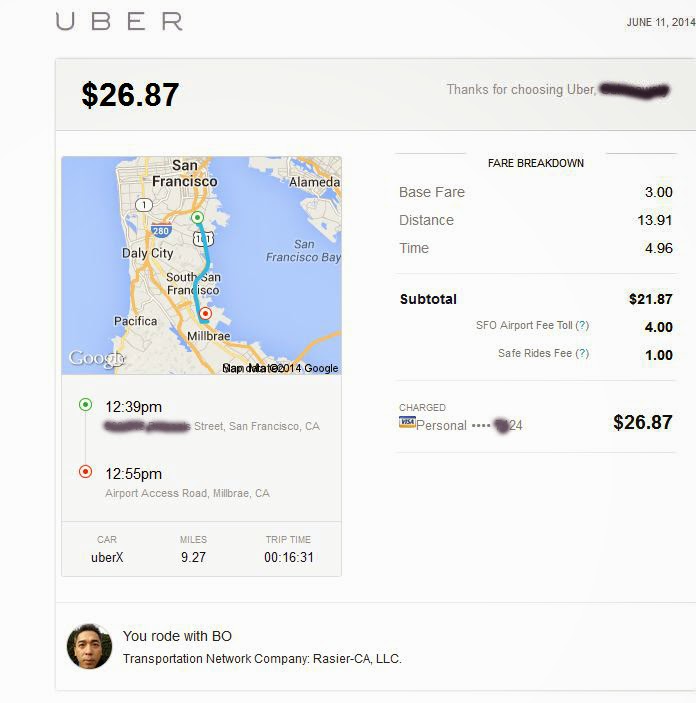 Uber is now changing a $4.00 airport fee. This is interesting for a few reasons:


Therefore, Travis as in travesty, when are you going to pony up?

Just as interesting is your $1.00 safety fee. Is this to protect the customers from your drivers?
Are you going to take care of that stuff, Travis? Is that what that one dollar is for?

Let me emphasize that last paragraph,

"In the email, Kalanick blamed the media for thinking that Uber is 'somehow liable for these incidents that aren't even real in the first place.' Kalanick also stressed that Uber needs to 'make sure these writers don't come away thinking we are responsible even when these things do go bad.'"