Chris Hayashi Goes Out in Song 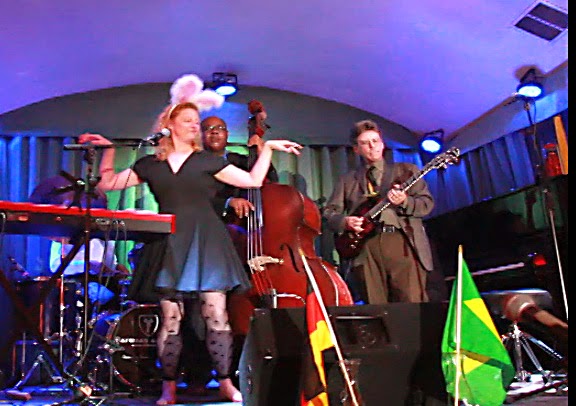 In keeping with her tradition of never quite doing anything like anyone else, the former Director of Taxi Services Christiane Hayashi (as the White Rabbit in photo) turned her retirement party into a buffet concert.

The food, which was contributed by people from Russia, Brazil, Africa and Latin America among other places, would've fed four times the hundred or so of Chris's friends who stopped by.

The bands which came from Burma, Russia, Africa, Brazil among other countries played rock music as well as works from their native lands. Each was better than the other and they were all good. Several musicains also played with other groups.

Read more »
Posted by Crocker Amazon at 11:32 AM No comments: 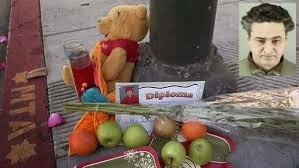 I wasn't able to read all the comments on the Proposed Modifications to Commissioner Peevey's CPUC Decision 13-09-45 on TNCs. Therefore I decided to restrict myself to making a few comments on Uber's comments.

My format will be:

First, I'll quote a passage from Uber's lawyers then I'll give my comment. The result will be the sort one-sided dialogue that you can find on Uber's website or in their online magazine Tech Crunch. Except – here I get the last word.

(Note: You can find an update on how safe (not) it really is to ride with Uber in an end note.) 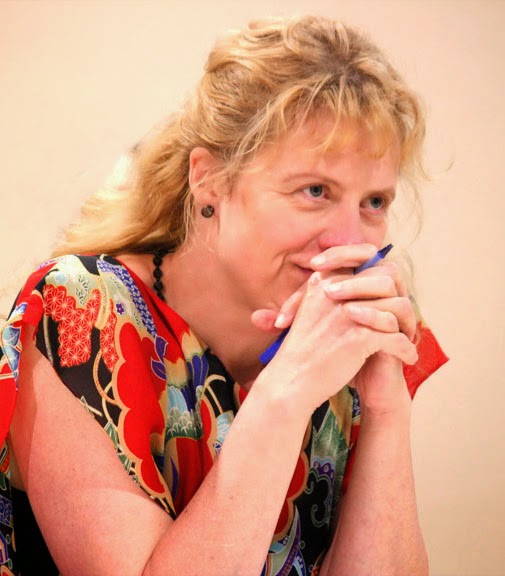 1. It's one of the best summaries of the problem that I've seen.

2. It was instrumental in Seattle's decision to limit the numbers of TNCs. Before Hayashi sent her letter the Seattle Council was split on the vote. After they read it, they voted unanimously to regulate.

A third reason is that the Director hasn't gotten her props for helping keep the bogus taxis out of numerous cities including Austen, San Antonio and Philadelphia – where the TNC's get towed if they show up.

I am writing this letter in the hopes of helping to inform your upcoming decision about appropriate regulation of companies that provide smartphone access to individuals using personal vehicles to provide for-hire transportation to the public.  Please notice that I did not call it “ridesharing.”  That is a false characterization of this type of for-hire vehicle service that was adopted in the hope that by characterizing these services as “carpools” they would not be required to carry commercial insurance under California law.  What we now call Transportation Network Companies (TNCs) in California asserted that position before the California Public Utilities Commission (CPUC), but the CPUC rejected it, finding that the TNCs are commercial, for-hire vehicles that are operating for profit.

Why Taxi Drivers Are Mad At Lyft, Sidecar & Uber X by John Han

Against the CPUC Ruling: A Protest in Pictures 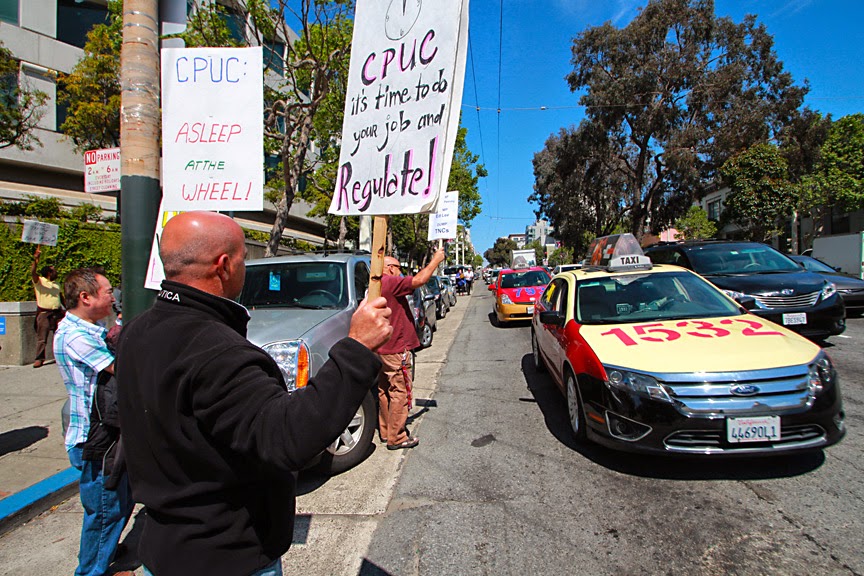 Nobody gave a talk so I thought I'd let the drivers speak for themselves.

Protest Against the CPUC Wednesday Noon – Whenever 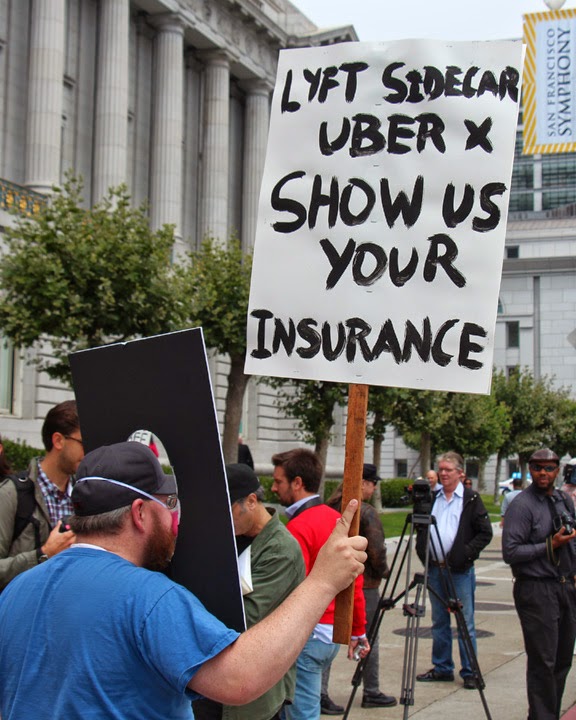 Little has changed in the mentality of the California Public Utilities Commission (CPUC) since the July 30 taxi protests last year.

On the other hand, Taxi Paratransit Association of California (TPAC) applied for a rehearing of the CPUC decision which will be heard by the California Public Utilities Commission this Thursday during closed session.

Wednesday's protest will be to help the CPUC see the errors of its previous decision.