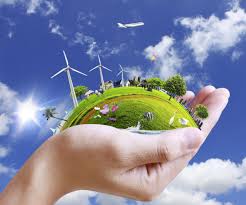 Are you aware that the San Francisco branch of the Natural Resource Defense Council (NRDC) is backing a plan by the venture capitalized corporations Uber and Lyft to put thousands of their private vehicles on that city’s streets without an environmental impact study, regulatory oversight or emission controls?

The new services called, Uber Pool and Lyft Line, designate the same vehicle  (owned by a private individual) to pick up at multiple locations in the same area and take the passengers to different places where the vehicles drop them off.

Uber and Lyft market this strategy by claiming,
This is a textbook example of Orwellian doublethink. They may or may not be motivating private citizens to take their cars off the road but they are certainly putting huge clusters of their own privately owned vehicles on the streets to do the job.

But it sounds good, yes? In fact, it sounded so good to Amanda Eaken, Deputy Director of the NRDC’s Urban Solutions Program, that she wrote in her comments to the California Public Utilities Commission that despite the fact that,
Would Ms. Eaken and the NRDC take the same attitude if Exxon said that it was evolving a new, environmentally friendly method of fracking? Would the NRDC wait to see what the effects would be before calling for an inquiry? I think not.


The fact is that the NRDC doesn’t have to wait to study the “broader social and environmental impacts” of the Uber Pool and the Lyft lines. They can do so right now simply by looking into how Uber and Lyft have behaved since arriving in San Francisco three years ago. Besides, never ones to let “archaic laws” stand in their ways, they’ve illegally put a couple of thousand Uber Pool & Lyft Line vehicles on the streets already. (Lyft calls it “beta testing.”)

Uber and Lyft originally sold their services with the same spiel that they are using now — claiming that they would reduce the number of private cars and lower green-house gas emissions. Lyft also claimed to be a car pooling service and called their fares “donations” instead of fares, but if you didn’t donate, they would never pick you up again.

They indulged in this posturing in order to avoid taxes, insurance, fingerprinted background checks and other regulations like a limitation on the number of their vehicles and the necessity of an environmental impact study.

But to the point: Have Uber and Lyft helped reduce congestion and pollution in San Francisco?
Am I accusing Uber and Lyft of contributing to this situation? Absolutely.
But what about Uber and Lyft’s repeated claims (on the basis of no evidence whatsoever) that they are taking private cars off the street?
A study by the Berkeley Transportation Center in 2014, asked Uber & Lyft customers in San Francisco how they otherwise would have gotten to their destinations. They found,
There are also the facts that 97% of S.F. taxicabs are hybrids or low emission vehicles, and that both taxis and TNCs are driven many more hours per week than private cars.
Of course taxis are often driven 2 shifts per day 7 days a week but,
I’m sure the NRDC is more qualified to crunch numbers on this than I, but it looks as if at least 200,000 private cars would have to be taken off the streets just to equal the negative environmental impact that Uber and Lyft are having on San Francisco. This clearly hasn’t happened.

But what about Uber Pool and Lyft Line?
According to the NRDC,
These are the factoids that so excited the NRDC’s Deputy Director of Urban Solutions Program that she wanted the plan to go forward without an environmental impact study or even waiting to see if the blubs were true. Of course, it does sound promising. Who wouldn’t be in favor of reducing the number of vehicles on the streets by half?
In her enthusiasm, however, Ms. Eaken has overlooked a few details.
In a July 2015 interview with CNBC John Zimmer said, “
For its part, Uber now claims to be worth $50 billion. CNN writes,
A writer from Recode adds,
And the environment?
If you are a politician or city official in the USA, you should be wary of calling for an environmental impact study or proposing a limitation on the number of vehicles that Uber and Lyft can put out.
The obvious reason why Uber and Lyft do not want environmental studies done is because they know full well that they are major polluters – who are cynically playing on people's concerns for the future of the planet in order to dump more of their unregulated vehicles on the streets.
But their tactics raise concerns that go far beyond this single issue. They have slandered public officials in Kansas City, Portland and Houston for requiring fingerprinted background checks as well as limiting the size of their fleets. They “talked” Wisconsin Governor Scott Walker into passing legislation that forced the City of Madison to let Uber and Lyft operate without regulation against the wishes the city council and a mayor who had been elected with over 70% of the vote.
Perhaps the best example of the way Uber and Lyft undermine the political process can be seen in their attacks on California Assemblywoman Susan Bonilla when she sponsored a bill to require million-dollar liability polices of so-called rideshare companies – the same amount that taxicabs carry in San Francisco.
The Uber and Lyft sent out mass attack-mailings to Bonilla's constituents accusing her of (among other things) being anti-innovation and against children being able to get home from school. The attacks became so vicious that rightwing republican members of the legislature told them to stop it. This resulted in a “compromise” where the insurance limits were lowered to $50/100 thousand.
Bonilla later was defeated in a Senate race by a libertarian democrat who was backed by outside money. Last time I heard her speak in the California Assembly she apparently had learned her lesson and said that now that the “compromise” has been reached she was in favor of “innovation” – which has become a political catchword for doing whatever Uber, Lyft and the like want.
In conclusion,
The real purpose of the Uber Pool and the Lyft Line vehicles is to open another income stream to flow into the coffers of venture capitalists like Ron Conway, Michael Arrington and the Koch Brothers. In any case they are creating massive pollution by congesting the streets and replacing bus service with thousands of private vehicles carrying at most 3 or 4 people. If they succeed in their goal of destroying local bus services (as they already have cab service in parts of Marin County) the sick, the elderly and the poor will be left with no form of affordable transportation.
Beyond that these venture capitalized corporations are just beginning to flex their political muscle. If left unopposed, they will replace, intimidate or silence officials and politicians likely to support any environmental issue.
It’s time for the National Resource Defense Council to take another look at their policies regarding Uber and Lyft. If you really are in favor of creating a sustainable future, you should do an environmental impact study of Uber and Lyft yourselves. Even a basic enquiry will show that they are major polluters and among the greatest enemies both of the environmental movement and the environment.

If Uber and Lyft are allowed to continue operating as they have been, California can kiss its "ambitious climate goals" goodbye.