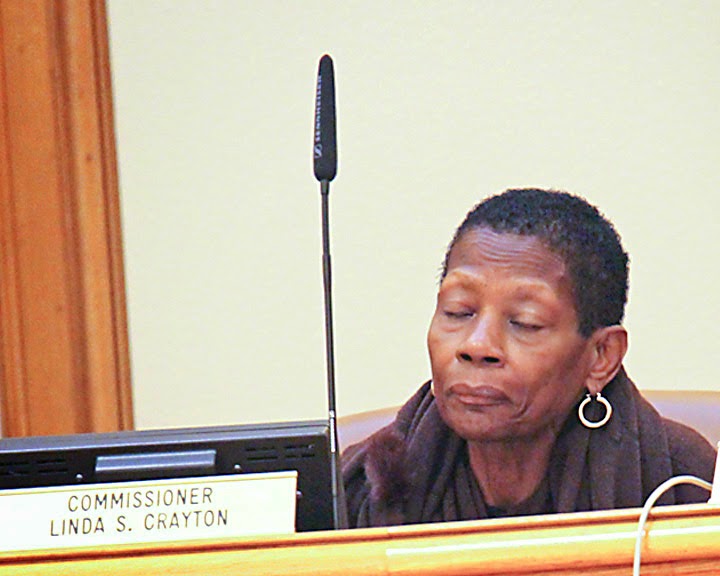 Commissioner Crayton actually wasn't asleep during most speeches at the Airport Commission today but she might as well have been. When we finished speaking she said that the Commission didn't have any choice but to okay the rulings of the CPUC and allow the TNC'S into the airport.

If so, why did they need to vote on the issue?

There were some excellent speeches by Mark Gruberg, Barry Korengold, Mary Mcguire, Jeffery Rosen, Tara Houseman and others whose names I've forgotten or never knew.

To summarize, these points were made:


Cab driver and video maker John Han pointed out that all the drivers who buy new cars to use as TNC's are committing insurance fraud; and, if taxicabs are put out of business, the fraud would be massive.

Another speaker said that this was just the start of a war of the rich on the worker and that workers in every other business will soon be facing similar assaults on their professionalism and incomes.

Yet another speaker dissed the Commission for calling this a three month test period – the only purpose of which was to push the legalization of TNCs through without public comment.

Several drivers raised the likelihood of a massive strike.

All blowing in the wind.

John Han thought that the speeches were good because they would be part of an official record.

And no – there is no comparable list for cab drivers.

The Airport Commission voted unanimously to let the TNCs operate at SFO.

Director of the Airport John L. Martin said that he would have liked to have the vehicles inspected and the drivers vetted but couldn't get it done for some reason. He's hoping that the standards will improve in the future.

Commissioner Larry Mazzola thought that this was a good first step to solving the problem of the TNCs. He pointed out that they'd been operating illegally for two years. He didn't say it but the next sentence should have been ... "at least this way we're getting paid."

The logic of a Mexican mayor "legalizing" a drug cartel.

BTW –  SFO sets the rules for us. They can certainly set the rules for anybody else who wants to operate in their domain. What Commissioner Crayton was in essence saying was, "We're just as corrupt as the CPUC."

This youtube video was sent to me as a comment but I'm including it here because it's a good summary of what we've been hammering on for the last two years. It's very well made.

Four Things You Wish You Never Knew About Uber.

Posted by Crocker Amazon at 2:15 PM