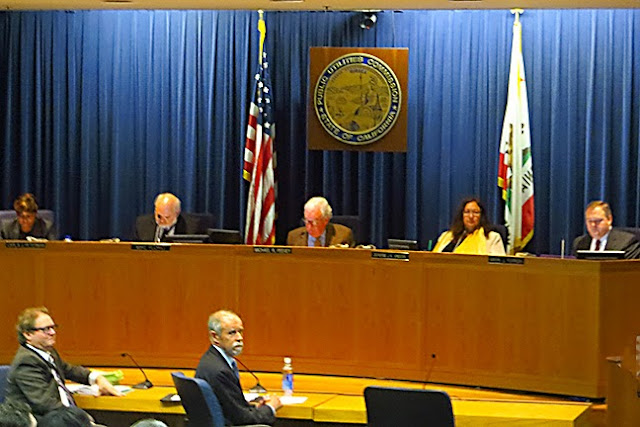 To hardly anyone's surprise, the CPUC chose to validate the operations of Lyft, Sidecar and Uberx. That this would be their decision has been obvious from the moment the CPUC lifted their cease and desist orders against Lyft and Uber – before the hearing on legalizing ridesharing even started.

The members of the commission gave a lot of lip service to public safety and a little bit to helping the cab business but the decisions they've made will inevitably lead to shafting both taxicab drivers and the public.

More later – I need to take a woman I met in my taxi to lunch. Then, I need to drive my hybrid taxi tonight so I can make some money while it's still possible.

Analysis later. But first a preview.

I told one of President Peevey's assistants that personal insurance companies won't write policies for people who drive for Lyft et al.

She said, "We know that – the insurance companies will have to adapt."

And, indeed they will.  Insurance companies don't loose money. They'll pass the bill on to the public and raise the personal insurance auto rates for everybody in California.

I think this links to latest version of the proposed decision.

I wrote this piece in about 10 minutes and naturally left much out.

1. In the original version, I said that the CPUC had "legalized" the operations of Lyft, Sidecar and Uberx. This was incorrect. Only the California State Legislature can change these laws. It would have been more correct to say that the CPUC proposed legalizing ...

They will have a fight on their hands.

I'd like to thank Barry Korengold of the SFCDA for pointing this out. I'd also like the thank him for pointing out my  many typos and grammatical error over the last years. I'm a horrible proofreader.

2. I was unable to find the name of Peevey's assistant on the CPUC website but, while I didn't misquote her, I did leave her next sentence out.

She said, "We know that – the insurance companies will have to adapt."

I said, "Yes – the insurance companies will raise their rates."

She said, "No – we're already talking about a commercial lite policy with Geico."

There is much to said about that but here I simply have a question,

Why is the CPUC spending tax payers money bending over backwards to help these companies out? They keep claiming that they don't want to interfere in the TNC's business. Having been handed over $400 million in venture capital, they can probably afford to look into this for themselves.

Posted by Crocker Amazon at 1:21 PM